The Far East highlighted in Blue

For this list we are going to the Orient or the Far East of Asia. Covering characters from both South East Asia and East Asia but we have excluded characters from Mainland China and Japan as the over abundance of Chinese and Japanese characters will warrant articles for both nations. So China and Japan will get there own articles but lets see how the rest of the Far East holds up. We will also include diaspora, Far Eastern characters living in other nations. No Social, Political or otherwise unnecessary offensive comments please as this article is to share and celebrate culture and diversity

(He is Mexican. Likely Asian Mexican of Korean descent)

(She is mixed raced Asian American. Specifically half Korean half Chinese)

Chae Lim from King of Fighters

Chang Koehan from King of Fighters

Choi Bounge from King of Fighters

Gang-Il from King of Fighters

Jhun Hoon from King of Fighters 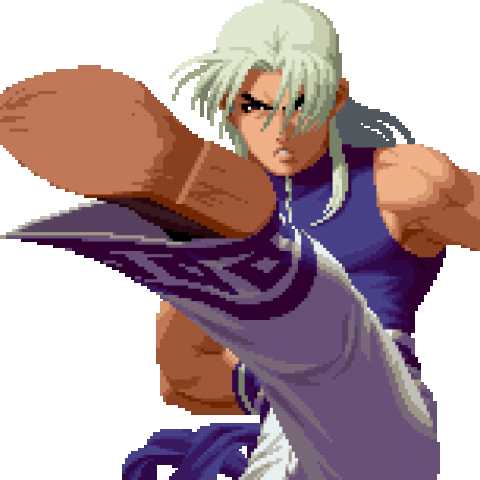 May Lee Jinju from King of Fighters

Kang Jae-Mo from Rage of the Dragons

(was originally Chinese, retconned to Korean)

Temjin from Art of Fighting

(His stage is set in Hong Kong)

Dragon Chan from Punch Out

Miss Til from Battle Arena Toshinden

(She is a refugee to Thailand. Her original ethnicity is unknown but speculated to come from a Muslim background as her name Sadira is Iranian, her assassin motif and choice of dress fits the West Asia look, her Spider in the cave design has ties to Abrahamic stories (Jewish and Islamic). Assuming she is not Iranian, her refugee status hints at Rohingya, Palestinian or Uyghur but it is currently unknown)

(He was born in Thailand, raised by Hanzo Hasashi, most likely in Japan but works with the mostly American Special Forces whilst being voiced with an American accent. He is ethnically half Thai by his mum Suchin quarter Japanese quarter White by his Dad Kenshi Takahashi who is a Eurasian Japanese swordsman)

(His actually origins are unknown but the triads he works for are called the Nguuhao which is a Thai word for Cobra, but his and the Nguuhao entire motif appears to be Chinese, he even does Kempo. Its likely he is Thai Chinese. The Nguuhao are probably a Chinese Triad gang based in Thailand.)

(She is an American agent but as her Brother is Jago, it is likely they are both of Tibetan origin)

(Unlike his sister. He was born and raised in Tibet.)

Jivatma from King of Fighters

Luong from King of Fighters

(Speculated to be Vietnamese as she wears an Ao Dai in Team Kim's Ending. Her unknown martial art is presumed to be based off Taekwondo but she could be practitioner of Vovinam which does have two kick specialties)